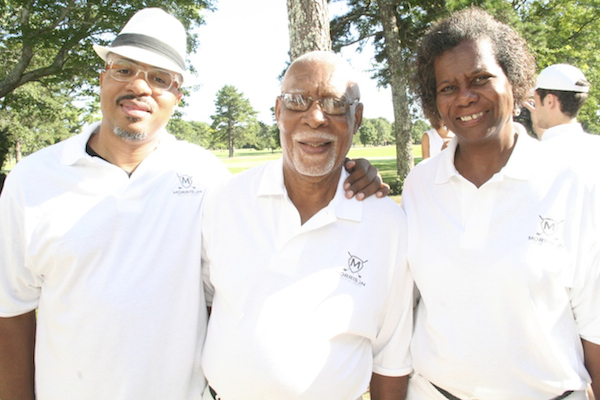 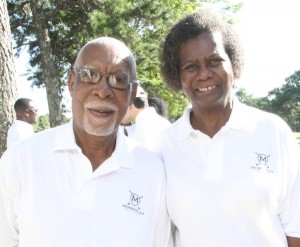 This year’s Morrison Golf Classic on August 26 was sponsored by Toyota and raised money for the Foundation for African Relief (F.A.R.).

The Morrison Golf Classic is an annual golf tournament and white party held in the Cape Cod city of Falmouth, Massachusetts. Every year, the event, which Boston-based couple George and Janet Morrison created fourteen years ago, offers attendees the opportunity to fellowship and support a cause.

This year, the event was sponsored by Toyota and co-sponsored by SimplyRides.com. Toyota had three vehicles on display, a Toyota Highlander, a Highlander Hybrid and a Toyota Avalon, which attendees had the opportunity to learn more about via an onsite “product specialist.”

The featured non-profit was the Foundation for African Relief (F.A.R.), a faith-based, non-profit organization dedicated to alleviating suffering and reducing the burden of disease and poverty amongst the people of Africa. During the event, Dr. Joyce Sackey and Kwaku Acheampong, the founders of the organization, discussed the positive impact they’ve had on Africa.

The event was attended by many influencers, such as former NFL player Byron Chamberlain, and live music was provided by The Groovalottos, a local band that combines jazz, soul, funk and blues.

The Morrison Golf Classic was also covered by a number of lifestyle bloggers including, Abiola Abrams and Zuyapa Jackson who were provided with a Toyota vehicle to drive themselves from New York to the event as part of a #SelfLoveRoadTrip. Boston-based blogger Linda “Wellness Warrior” Wells also covered the event with an emphasis on health and fitness. Also, Claire Sulmers of Fashion Bomb Daily had the distinction of being the Toyota Style Ambassador and drove from New York to the event with her friends in a Toyota Highlander.

No one went home empty handed, as Toyota provided branded gift bags that included goodies from the Cape Cod Chamber of Commerce, sample bottles of Xante cognac, and copies of Uptown Magazine, who served as the media sponsor of the event. The hospitality sponsor was GypsyJaunt.com.

“I’ve always enjoyed covering the Toyota brand,” said SekouWrites of SimplyRides.com, a lifestyle automotive website. “They have a deep commitment to the African-American community and I’m happy they chose to partner with us.”