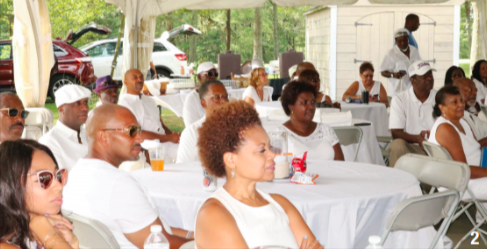 Created by Boston-based couple George and Janet Humdy-Morrison in the year 2000, the Morrison Golf Classic offers attendees the opportunity to fellowship, support a few worthy non-profits, and learn more about African-Americans who have contributed to the game of golf. And it’s truly a family affair since Mr. and Mrs. Morrison co-produce the annual event with their son, Sekou Morrison (professionally known as SekouWrites).

For its historic 18th year, the Morrison Golf Classic raised money for two notable non-profits: the Urban Golf Academy and Zion Union Heritage Museum. The Urban Golf Academy is a Boston-based organization created by Keith McDermott to shape “the lives of African-American youth by introducing them to values inherent in the game of golf.” The Zion Union Heritage Museum, located in Hyannis, was created by John L. Reed to educate visitors about the contributions of African-Americans and Cape Verdeans to the history of Cape Cod.

There was much to do at the event, including Yoga on the Green – a special class taught by Linda Wellness Warrior, a white party luncheon with live music by the Perfect Example Show Band featuring indie soul singer, Rachel Walker, a keynote by TV personality, best-selling author and creator of “DreamLeapers”, Harriette Cole and a silent auction with a big-ticket item – a Mercedes Benz CLK 320 convertible! 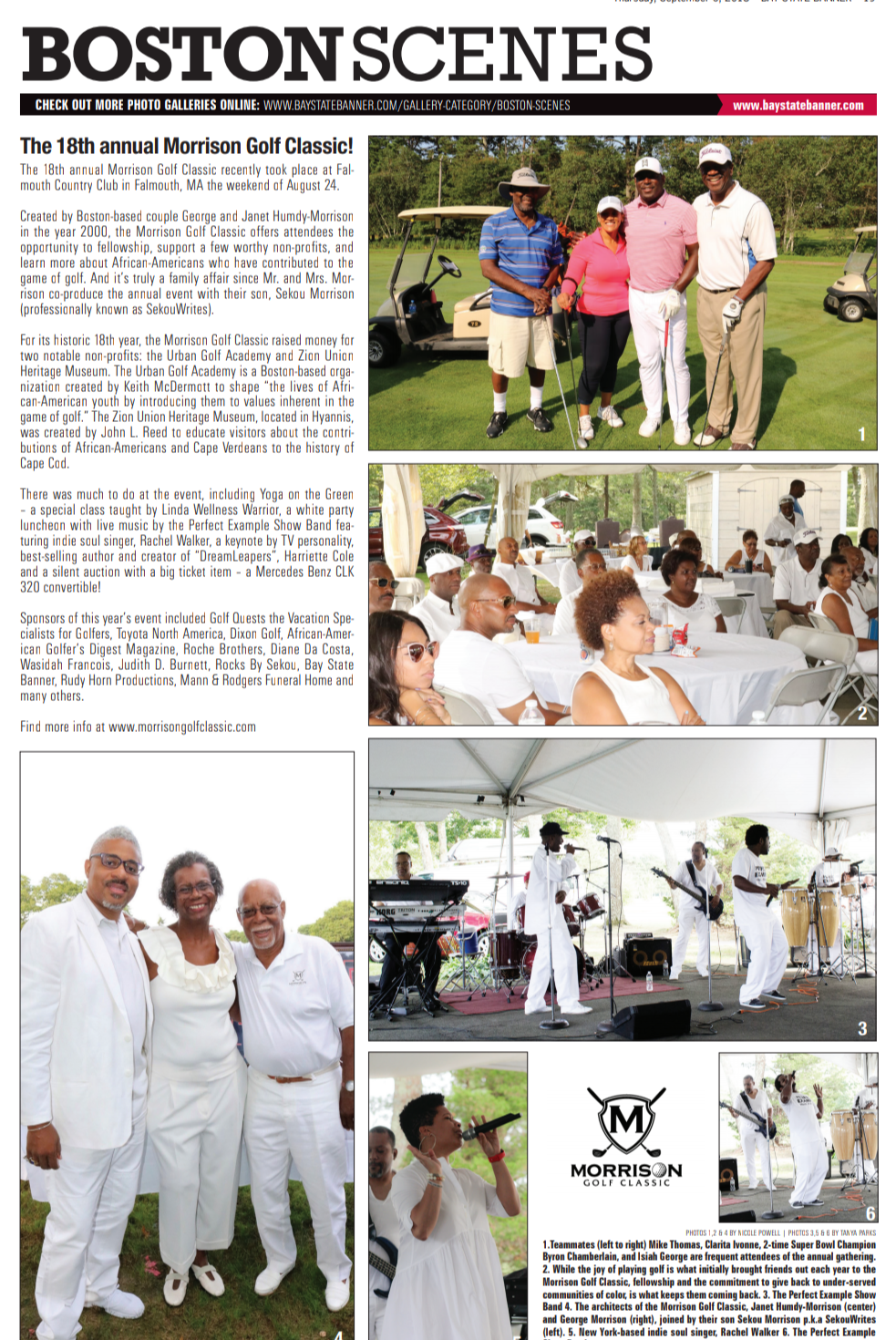