Started in the year 2000 by George Morrison and Janet Humdy-Morrison (pictured below), the Morrison Golf Classic is an annual African-American amateur golf tournament held on Cape Cod (Massachusetts).

Originally envisioned as a way to get friends together at the end of the summer and express the couple’s shared love of golf, the event has grown steadily over the years and is now co-produced by their son, Sekou Morrison (p.k.a. SekouWrites).

The event typically consists of an early morning golf tournament at Falmouth Country Club, followed by a catered white party with live music. Attendees are welcome to attend either event or both. There have also been film screenings, golf clinics, and other fun activities over the years.

The Classic typically occurs in late August and, in addition to providing fun and fellowship, it also serves the purpose or raising money for a featured non-profit, or two.

In the past, contributions have been made to: 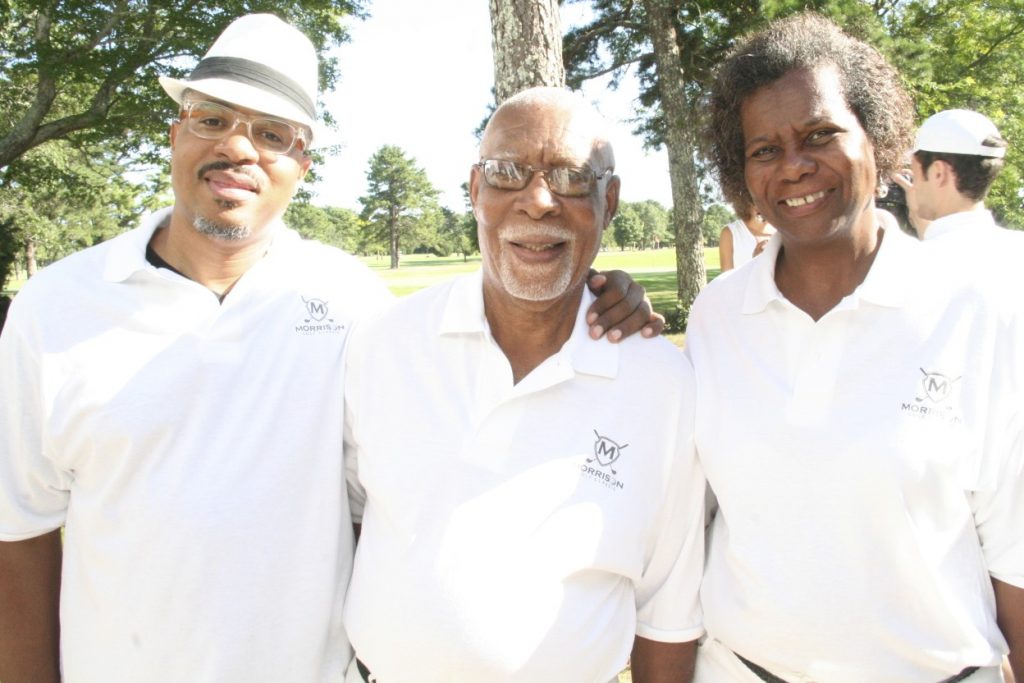 You can reach us with any questions at: